Legendary Doctor Tsope, founder of
the world-renowned school of rhinoplasty

Vakhtang  Khutsidze’s, - nicknamed ‘Tsope’ by his friends, dream was to become a painter, a sculptor, or a carver. He had everything to make his wish come true – talent for painting transmitted in sculpture. But the patriotic war changed his artistic path. The country needed human resource with medical education and so he decided to become doctor-surgeon, otorhinolaryngologist.

The dream kept living in ‘Tsope’s’ mind and soul. Finally it was realized by the master’s adroit hand with the sense of exquisiteness and beauty, and his habit of being in continuous search for turning his work into work of art. Theoretical surgical knowledge, exquisite master’s skills and habits, aaesthetic sense of beauty and its realization on alive face, and courageous experiment – and the dream finally came true!

This happened in 1956, when already experienced otorhinolaryngologist first one and for the first time completed plastic surgery – she, who relied her unattractive nose to the doctor was a young artist who believed that her unlikable nose got in the way of her successful career. There was a big risk but the reward would be bigger. Young specialist pleased the woman and made her looks much prettier. And ‘Tsope’ was also happy – he sculpted young woman’s beautiful face successfully!

This operation became first step towards plastic surgery Olympus. After this childhood nicknamed ‘Tsope’, became legendary ‘Tsope’, who is known, famous and respected among his colleagues. Mr. Vakhtang’s arty life is full of gratefulness of more than 50000 beautiful and happy people.

Mr. Vakhtang was always inspired by perfection. This is why, unlikely other surgeons, he refused surface cuts and established aaesthetic rhinoplasty endonasal method – intranasal plastic without cuts, since his first operation. Later this method of rhinoplasty obtained supreme recognition. Mr. Vakhtang was never satisfied with his achievements – he searched for and perfected such methods of aaesthetic rhinoplasty, which would not ruin overall face individuality, character or even physiognomic. ‘Tsope’ would always imagine patient’s face after the surgery, his/her virtual face and if total beauty needed not just nose correction but also other parts’ like chin, he would definitely do it. This of course happened in cooperation with patient. Imagine Pygmalion, who destroyed his work of art if he did not like it, he did not think of how much clay he used. ‘Tsope’ had to deal with human beings, their individuality, their complaints, and physics- all these required mastery and not just from surgeon’s standpoint!

If Mr. ‘Tsope’ was not a big master, then how could he operate more than 50000 women and men?! Once, a young Ukrainian artist came to him, she had to play the role of Greek mythical woman, and her typical small Slavic nose got in the way, according to the role she had to have straight, Greek type of nose even with a little aquiline! And after successful operation, ‘Tsope’s’ great sense of humor cheered up his friends for a long time.

‘Tsope’s’ operations’ main idea lies not only under sculpturing traits individually, but under keeping harmony of the whole face. This operation is the model of confluence of plastic surgeon and sculptor.

Doctor Vakhtang Khutsidze has conducted many operations worldwide, on different anatomic face structures and on people with different psychologies! He always shared his experience and knowledge with his colleagues, and with a great modesty discovered worldwide achievements of plastic surgery for his own development. In 1963 – doctor ‘Tsope’ works in Prague in the famous clinic of professor Burian.

Doctor Vakhtang Khutsidze, famous ‘Tsope’ established plastic surgery school in Georgia, he has many scholars and followers. His son also took his path – doctor Zurab Khutsidze –with a painter’s sight which is probably his genetic talent, surgeon’s adroit hand and with the same professionalism as his father! 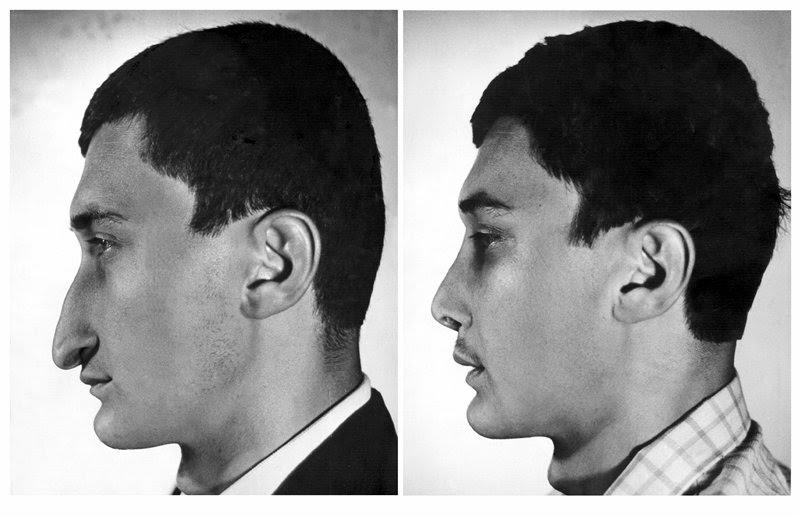